KB&S Bowls Club is unusual amongst local clubs in that it still has a few members who have been involved from the very beginning.

Kingston Bagpuize and Southmoor were originally separate villages, but inevitable outward expansion resulted in their eventually meeting, and in 1971 a joint parish was created, although residents still think of themselves as being of one village or the other.

The Club began life as a short mat club in Southmoor Village Hall in 1990 - and indeed became one of the leading short mat clubs in Oxfordshire, with a number of members playing at County level. However, it was always the intention to expand into a fully functioning outdoor club, and in 1994 a small plot of land was acquired from a local fruit farmer on the former A420 trunk road, now a cul-de-sac following the opening of the village by-pass in 1992.

Acquiring the land was relatively easy. Funding the construction of a green and clubhouse was less so. The Foundation for Sports and Arts agreed to provide the first £25,000, and the Lottery Sports Council made a grant of £42,000. The local Parish Council and the Vale of White Horse District Council also provided valuable help.

After discussion with the English Bowling Association it was decided that the Club would install an artificial, all-weather green. Much of the preparatory work was done by members of the Club. The green area was excavated, a drainage system was installed, and the foundation of the green was constructed, involving the laying, rolling and levelling some 525 tons of porous rock. In the summer of 1996 Greengauge Ltd of Dundee constructed the ditches, and laid the final surface of stone, porous tarmac, underlay and carpet. The 40 x 40 metres playing surface was levelled to +/- 4mm over the whole area of the green using laser technology.

In conjunction with work on the green, club members were busy erecting and repairing two old army huts which had been donated, and combining these huts into a basic clubhouse, complete with kitchen, bar and toilet facilities. The green had been used for bowling since September 1996, but it was formally opened on 12th April 1997 by Andy Thompson, Commonwealth Games and World Indoor Bowls Champion.

In 2001 a brick and timber clad extension to the Clubhouse was built to provide room for a single short mat and an enlarged social area. The Club had been fortunate enough to receive a substantial legacy from a founder member when he died in 2003, which meant that when the original Greengauge carpet needed to be replaced in 2010 we were able to arrange for a new underlay and carpet to be laid by Dale Sports. Whilst still faster than most grass greens, the new surface is slower than the Greengauge carpet it replaced. All artificial surfaces are faster than grass greens - bowling on a carpet out of doors is very similar to bowling indoors, which many people do during the winter.

In 2012 the Club decided to improve further the facilities for members and visitors. A new changing pavilion was erected next to the Clubhouse, and the Clubhouse itself was comprehensively redeveloped to provide a modern kitchen meeting current food safety standards. Most of the work on both the pavilion and the Clubhouse redevelopment was done by members whose energy and expertise belied their status as largely retired people!

Indeed, the Club has been fortunate throughout its history in its members' willingness to roll their sleeves up in the maintenance and improvement of the site, and in fundraising to provide the money needed. Two lady members ran a jumble sale at the Club in 2010, which raised a few hundred pounds. Encouraged by this, they expanded their activities in the years which followed. Not only did the sale become an annual event, which became a part of the village's social calendar, but they also sold throughout the year donated items, at car boot sales, local paper adverts, etc. With additional fund-raising from various social events, thousands of pounds were raised, which has both financed the improvements made over the years, and helped to ensure the financial security of the Club.

In 2018 we installed floodlighting for the green, to a much higher standard than is normally seen at other clubs, and we can now not only finish evening matches in full light, but also hold floodlit events during the winter months.

We also in 2018 improved the security of the Club, following house-building developments nearby, by erecting security fencing and gates. Despite the major expansion which the village has experienced in the last three or four years, however, we remain truly rural. Two sides of the Club border the village's Millennium Green, a tree-filled park, and most visitors remark on our idyllic situation. We will continue to maintain and improve our facilities for the benefit of present and future bowlers! 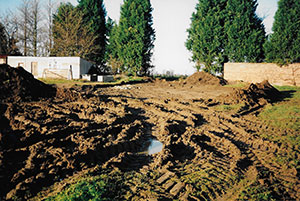 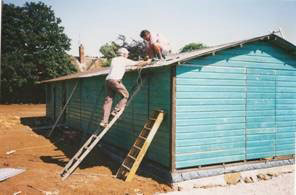 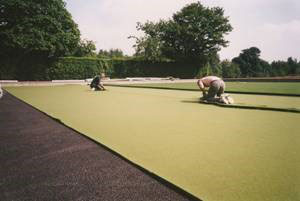 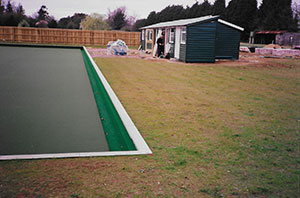 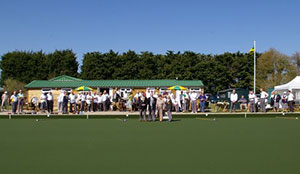 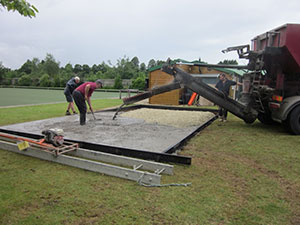 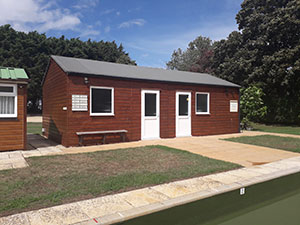 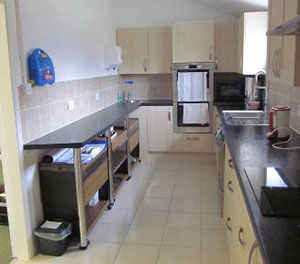 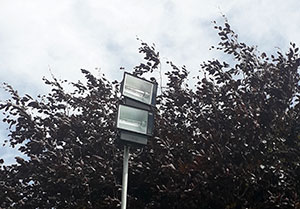